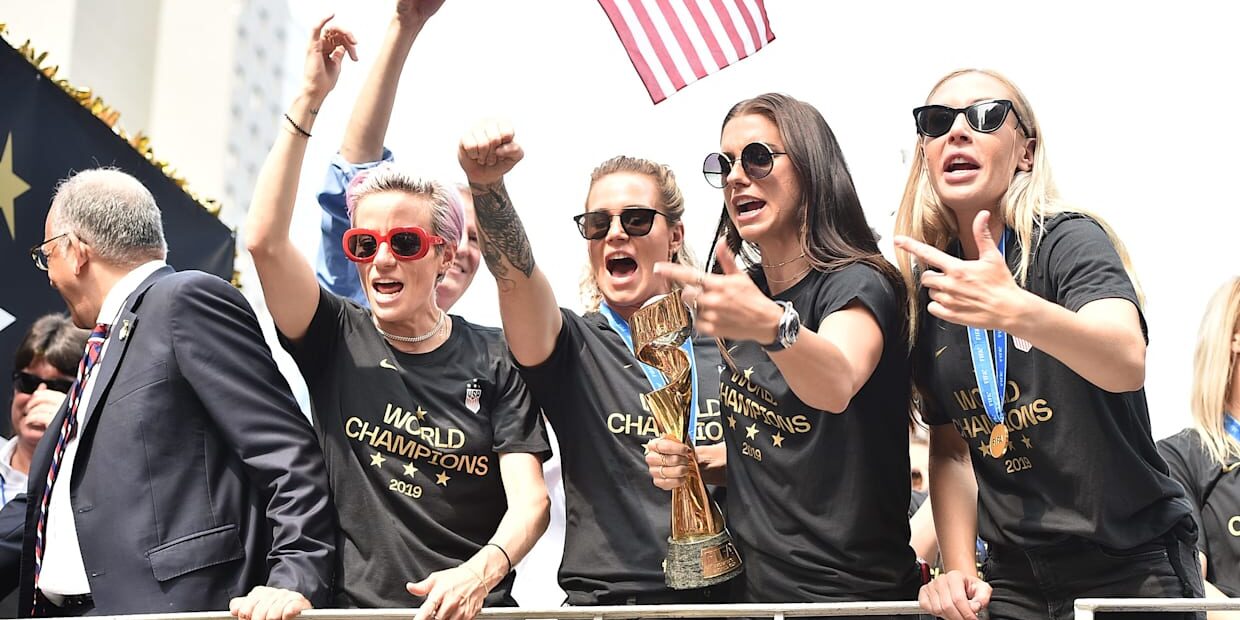 Gender equality is a top priority for the Olympic Movement. For the International Olympic Committee, “sport is one of the most powerful platforms for promoting gender equality and the empowerment of women and girls”. In 2019, the BOIC launched its platform “ Empowering Women in Sports ” that aims to break down barriers, both in policy and in the field. This struggle has been waged for many years by many women who have made a difference. These 10 sports moments have contributed to the fight for gender equality. In this 8 e episode we focus on the fight against unequal wages in football.

For 30 years, the United States team has dominated international women’s football. Their palmares includes 4 Olympic and 4 world titles. Nevertheless, the girls were always paid less than their male counterparts, although they were less successful.

In the run-up to the Rio 2016 Games, five players from the U.S. women’s team, Megan Rapinoe, Hope Solo, Carli Lloyd, Alex Morgan and Becky Sauerbrunn, filed a complaint with the Equal Employment Opportunity Commission for financial discrimination. A new collective agreement concluded the following year could hardly calm the mood. Just before the 2019 World Cup, the team sued the American federation for “institutionalized gender discrimination.”

After the overall victory in the World Cup, the chants of the fans and posters could be read everywhere: ‘Equal pay’. However, the complaint was dismissed by a federal judge. The players appealed.

While the American fight for equal pay continues, other countries have already taken that step.

Norway was the first country where players and players of the national teams received the same pay. Australia and New Zealand followed, as did Brazil and England.

The football world is also making efforts on the field to increase equality. Yuki Nagasato, who won silver with the Japanese women’s team at the London 2012 Games, was the first woman to play for a men’s team. The attacker was loaned by her American team to Hayabusa Eleven in Japan.

Yuki Nagasato cited Megan Rapinoe as a source of inspiration. “The social and community messages about gender inequality that Megan Rapinoe proclaimed during the World Cup were very inspiring to me. So I thought about how I could do my part. I want to show girls who play football with the boys that they can play for a men’s team and challenge themselves.”