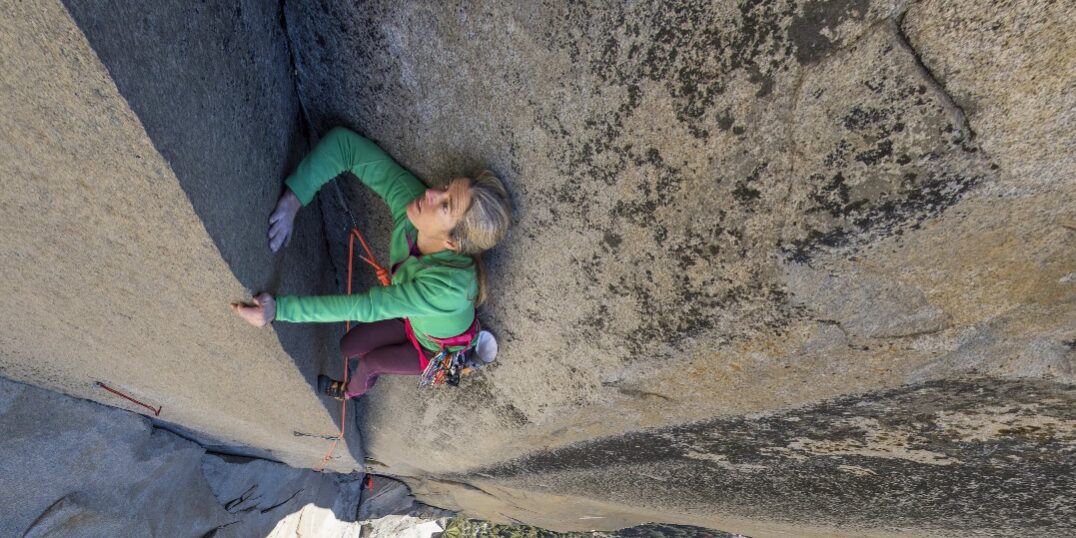 Widely regarded as one of the best rock climbers of all time, male or female, Lynn Hill is also known as one of the pioneers of gender equality in rock climbing and sports in general and a role model for many girls around the world. Lynn Hill is the first person to free climb The Nose in 1993. It took four days. The next year, she became the first person to free climb the same route in a day. Still climbing today, in her sixties, Lynn Hill continues to counter the stereotypes about what a woman could and should do.

Here is what she says about the 1993 ascent:
“But I have to say that my belief that this was kind of meant to be, in a fate sense, was such an important thing for me to achieve to make a bigger statement, which is that I thought that climbing was relatively immature in what we were capable of doing and I had the vision to see that a lot more was capable and there’s no reason that a woman couldn’t do something out there and that to me was an important statement to make because in the history of Yosemite there weren’t really that many role models.

There was one for me, Beverley Johnson, and a few that had hung with the boys so to speak but I think that it’s really important for women, girls to have role models to know that it’s possible because it’s the mind and belief that drives us. If you don’t have any role models then you have even less reason to believe you’re going to stand out. I saw that it was possible with the given set of skills and motivation that I had so I just tried really, really hard.”

Hill wrote a book about women in climbing, Women Who Dare: North America’s Most Inspiring Women Climbers, where she tackles the issues of gender equality. Check the excerpts from the book on her website following the link below!

Meet up a new news from Skillman.eu with a gender focus : GENDER EQUALITY IN SPORTS: GETTING CLOSER EVERY DAY
June 16, 2021